The game was definitely afoot in Crescent Beach on the 17th of September, 2015, as 22 Stormy Petrels (including guests) flocked to the Crescent Beach Bistro.

Playwright Trevor Jenkins, our host and quizmaster, did a wonderful job of writing a Sherlockian mystery for us to solve. 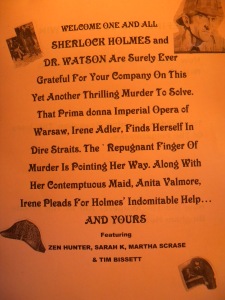 The actors demonstrated their knowledge of the characters.

Many thanks go to Stormy Petrel, Johnnie, for consulting with Trevor and bringing it all together!

Many thanks also go to Linda and her amazing staff (kudos to the chef!)

Johnnie, along with Trevor, in the midst of the players: Zen Hunter, Sarah K, Martha Scrase and Tim Bissett 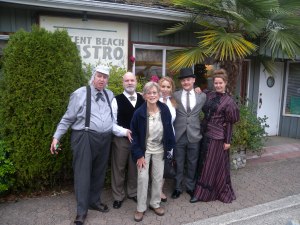 We were very pleased, to say the least, to welcome two SoB’s (members of the Sound of the Baskervilles of Seattle) Margie Deck and Sheila Holtgrieve.

Pictured below is Margie with Fran: 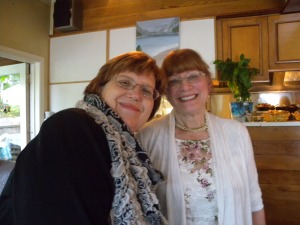 Irene Adler (aka Martha Scrase) proved to be a true song bird! Her voice resonated with such power!

Pictured below: Irene Adler with Sheila 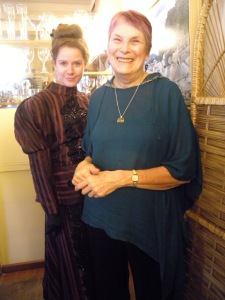 Petrel Brian won a prize for arriving in costume. Costume? What costume? Doesn’t he always look like this?

Congratulations to Margie, Sheila and Co. for scoring a fine bottle of B.C. wine.  Problem-solvers extraordinaire!

We all put our deductive skills to the test and discovered whodunnit. But why?

After a lovely rendition of “A Time to Say Good-bye” host Trevor hinted at perhaps another instalment. We can but hope!