After crossing the border into the U.S., it took less than an hour to reach our destination – Skagit River Brewing in Mount Vernon, WA.

Once there, the Stormy Petrels were welcomed with open arms by the Sound of the Baskervilles, whose member Al Nelson organized the occasion.

The afternoon began with a game of trying to identify which canonical character you are. This had people mingling and taking to each other, getting to know everyone. 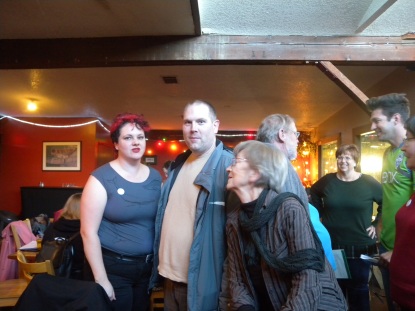 The Sound of the Baskervilles, and the Vamberry Wine Merchants One of the Portland groups): 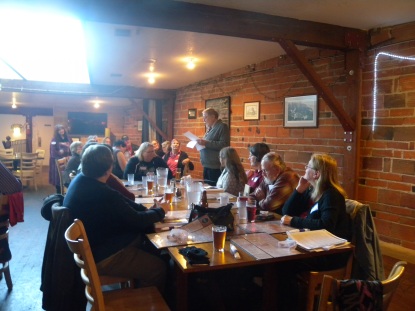 The Dogs in the Nighttime (a fairly new group from Anacortes, WA) 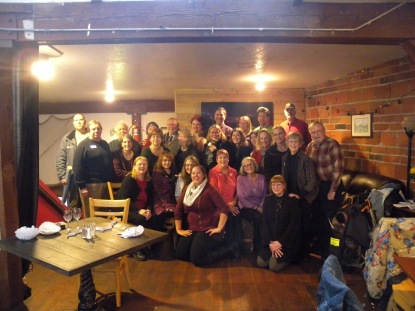 Margie Deck and Sheila Holtgrieve (also joined the Petrels) organized a game in the form of a type of Sherlockian-themed “mad-lib” Teams of four tables put their heads together to fill in the blanks of one of the unrecorded cases, and a rep from each team read out the complete story. 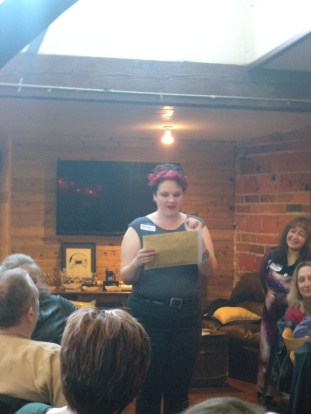 Thanks to the SoB’s there were many items to give away. From books, to posters, to mugs, to wine glasses, to fridge magnets, to soap, to a very Sherlockian Holiday wreath. 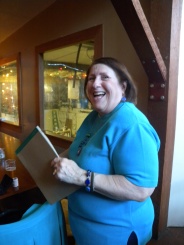 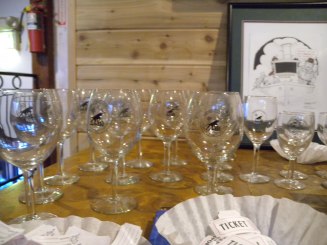 Hopefully, we can all meet again. The food, the fun, the fellowship! Doesn’t get much better than this!