Dust off your Victorian finery, as you are cordially invitied to attend the Stormy Petrels’ 28th annual Master’s Dinner, Saturday, March 12th.

It promises to be, as in the past, an exquisitely catered affair, sprinkled with toasts and peppered with performances by our own Petrel Players (with, perhaps, a surprise or two tossed into the mix)

Place: Bessborough Armories (Arbutus/11th)
Time: The bartender starts pouring dirnks at 6:00 and dinner will begin at 7:00

Please contact Fran (stormpypetrels@gmail.com) as soon as possible if you are willing to offer a toast, or would like more information.

Below, “The Petrel Players” performed a puppet play entitled “A Short Hound” at a previous dinner. What will they be up to this year? 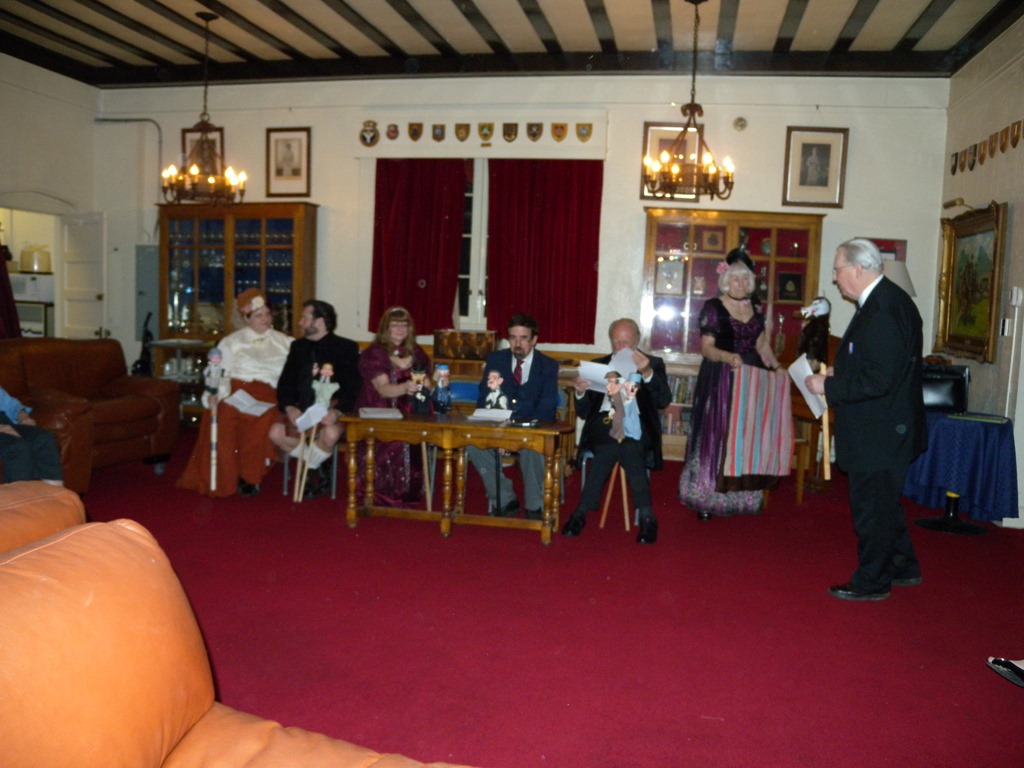 One thought on ““MASTER’S” DINNER”