The Stormy Petrels of BC will gather for another study session on Tuesday, September 5th to discuss part 1 of “The Valley of Fear”.

This adventure was published in The Strand Magazine from September 1914 to May 1915.

We begin with a coded message sent to Sherlock Holmes, a murder and a trip to Sussex. 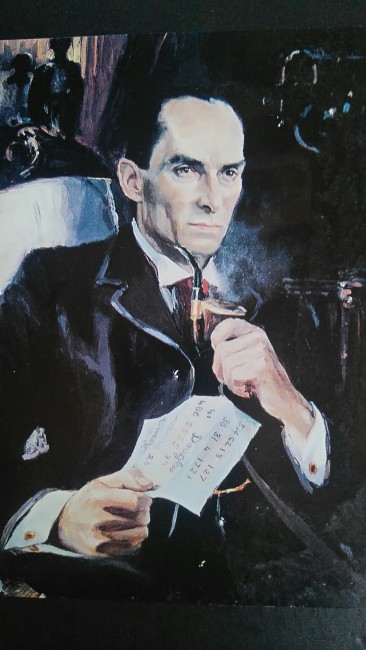 Is Professor Moriarty behind this unfortunate incident at Birlstone Manor?  What is the significance of “VV341”?  Was the victim a member of a secret society in America?

A slipper print on a window ledge, an abandoned bicycle, a missing wedding ring and a missing dumb-bell.  What more could one ask?

The meeting will take place at 7:00 pm at our usual Hampton Place lounge at UBC (near Wesbrook Mall/16th Ave., Vancouver)

Bonus question for those planning on attending the meeting:  Whose name did Mrs. Douglas say her husband called out in a fever?