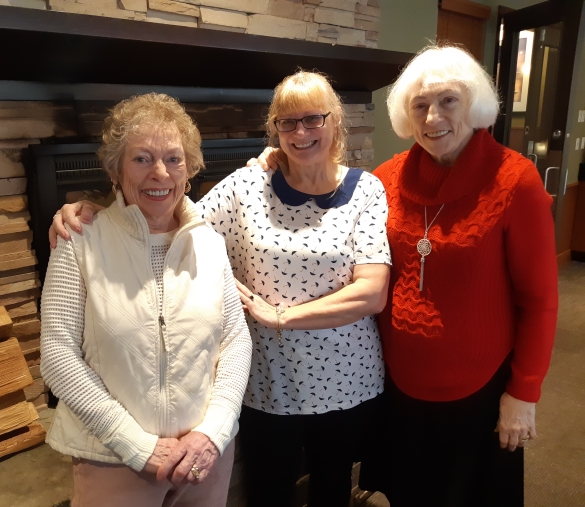 Orilea (one of my V.P’s)  Fran (President)  and Elsa (Retiring Treasurer)

The Stormy Petrels will meet for their first study session of 2019 on February 5th.

We will discuss a case involving:  a death threat, blackmail, disloyalty, a burglary, an offer too good to refuse and an affair.

As Christopher Redmond mentions in his Sherlock Holmes Handbook , “The issue in this affair, as in A Scandal in Bohemia, is blackmail at the point where sex and money meet.”

Now that I have your attention, you can join in on the discussion of The Three Gables on Tuesday, Feb. 5th. 7:00 pm at our usual venue – Hampton Place, Vancouver.

If you have any comments or questions about The Stormy Petrels of B.C., or a contribution for the Petrel Flyer, please send a message to thestormypetrels@gmail.com