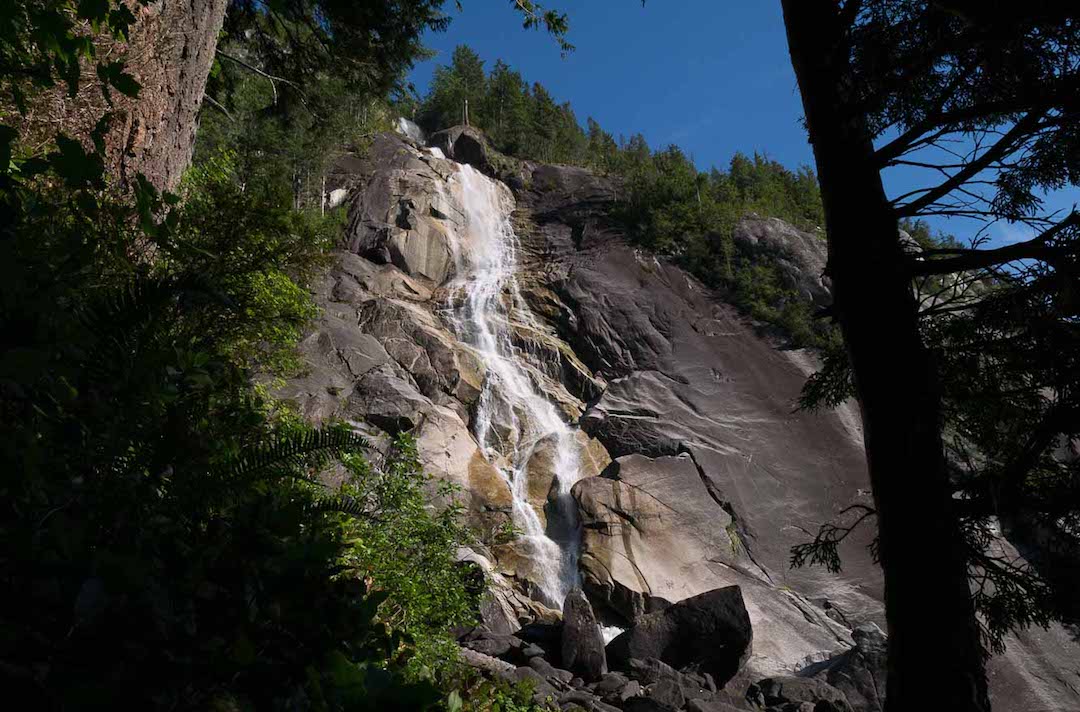 On Saturday, June 15, 2019 The Stormy Petrels will flock to Shannon Falls on the Sea-to-Sky. 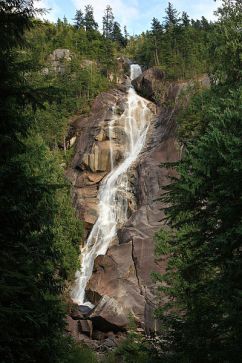 Shannon Falls is located just off Highway 99, 58 km north of Vancouver. BC. According to the BC Parks website, it is composed of a series of cliffs, rising 335 meters above Highway 99, making it the third highest falls in the province.

In 1792, Captain George Vancouver set up camp just west of the falls, which were named after Shannon who, in 1890 – 1900, owned the falls and surrounding area and used the clay deposits to make bricks. (you can’t make bricks without clay!)

The park also holds significant spiritual value to the Squamish First Nations, the first people to live in the area. They told of a two-headed sea serpent, Say-noth-ka, who lived in and around Howe Sound. According to legend, this beast traveled both on land and in the water. Some versions say it was Say-noth-ka who formed Shannon Falls by slithering and twisting his powerful body up the mountainside, wearing down a spillway for those cascading waters

We will once again met at 10:00 am at Shannon Falls, our substitute for the Reichenbach Falls. The resemblance is truly uncanny!

Those who wish can will hike up to the lookout. Once back down to the park area, we dedicate the wreath and enjoy a picnic lunch.

A bonus this year –  we have been invited to “Toad Hall” the home of Elsa and Len Haffenden where we will be treated to the delicious baking of our hostess.

If you require any additional information, please contact Fran at franziskah@shaw.ca